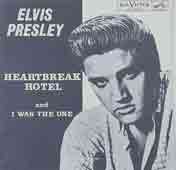 The recording of records went hand in hand with the commercialization of music; and the music revolutions of the 50’s, 60’s and 70’s can partly be attributed to the mass production of the vinyl record. When we think of classic rock and roll artists like Chuck Berry and Elvis, The Rolling Stones and The Beatles, or the Beach Boys, we associate them with two things – vinyl records and screaming girls! And although it is now harder to find vinyl records for sale on the highstreet – the internet marketplace for vinyl is still booming.

I’m sure that at some time in your life you have heard somebody somewhere raving on about the sound of the vinyl record. Some of you might have thought to yourselves “yeah right, this nostalgic old codger doesn’t know what he’s talking about; how can an old record sound better than a CD or mp3?” Well actually, this old codger may have a point. The difference in sound between a vinyl record and a CD lies in the fact that a record is an analog recording and a CD is a digital recording. An analog recording imitates the original sound waves in their entirety; whereas a digital recording takes snapshots of the waves and then maps out their path. This means that with digital recordings some information is lost, and with higher frequencies this can be a notable loss. Additionally, slight record distortion can actually add to that genuine, authentic vinyl sound.

Vinyl is the medium of choice for hip-hop, funk and jazz DJs, due to techniques such as scratching and beat matching, which cannot be performed in the same way with digital mediums. And lets face it, the DJ spinning vinyl records just looks cooler! 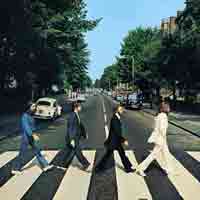 Its not just the records themselves and the sound that comes from them that collectors are so enthused by, but the cover art of the vinyl records, which are often very high-end and intricate. A lot of care went into the design of these artistic covers, and today a large part of what makes a vinyl record rare or valuable, is based on the condition of the cover. Highly acclaimed vinyl album covers include that of ‘The Beatles-Abbey Road’ which is often played out and photographed by tourists in London, and ‘Pink Floyd- The Dark Side of The Moon’ with the carefully crafted dispersive prism. So, rare records with a mint condition cover are the ones to look out for!