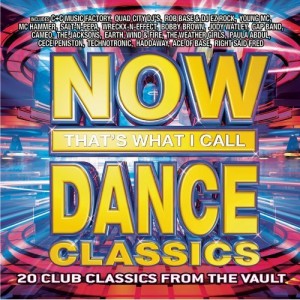 It all started with disco. Played in night clubs around the world throughout much of the 1970’s, the music was fast, upbeat, and created an air of excitement for club goers. From there, dance music morphed and separated in to sub genres including hip hop, house, new wave, techno, dubstep and many, many more. With so many genres to choose from, record collectors will find no shortage of albums for their growing collections.

Disco brought about a change in music history that opened up a whole new experience for club goers, DJs, and musicians. A combination of many musical genres, disco incorporated a variety of instruments, both traditional and electric, vocals, and dance. But by the late 1970s, local DJs, musicians, and dancers started experimenting with new sounds and techniques.

Mixing beats from different songs to form one long segment became very popular. DJs relied on two turntables to carefully combine beats to create repetitive music samples. Dancers then created new moves based on these beats. Break dancing and hip hop both rely on changes in the beat to signal dance move progression. By then, other forms of dance music started to emerge during the late 1970s and into the 1980s. These forms relied even more on electronic instruments, drum machines, and synthesizers. But mixing beats remains a musical technique still popular in various forms of dance music today.

To keep things fresh in the clubs, DJs and musicians had to create different varieties of dance music. House music, for example, took cues from disco, but relied more on electronic sounds and limited vocals and rhythm changes. Popular in night clubs in larger US cities like New York City and Chicago, House music made its way to UK night clubs and eventually to clubs and night spots around the world.

New Wave, considered a sub genre of punk rock, featured electronic sounds and synthesizers. This sound was very popular in the mid-80’s in both the US and UK. Known for short beats and quirky lyrics, New Wave added a depth to dance music that other genres didn’t have – mostly due to the lyrics and musician vocals.

Techno, made popular during the mid-80’s, is slightly different from both House and New Wave. Mostly instrumental, this form of dance music combines fast and slow progressions that people can sit back and listen to or dance to.

From the late 1980’s through the 1990’s into today, other forms of dance music have emerged to create even more sub genres. Garage and Dubstep, both considered experimental because of the types of beats mixed by DJs, are darker than other types of dance music. Relying heavily on drum beats, these forms have become mainstream over the years. Many clubs now play Garage and Dubstep regularly.

For record collectors, the variety of dance records is overwhelming. With so many sub genres and offshoots, collectors can build a collection based solely on one form if they want to. This makes collecting lots of fun – and in addition to being collector’s items, these albums are still great to listen and dance to.