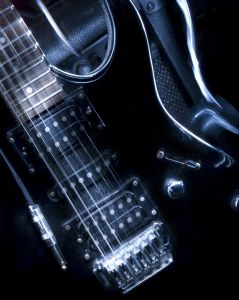 The music of the 1960s is an eclectic mix of rock, Motown, folk, psychedelic, and experimental. Many music historians agree that the age of 1960s rock n’ roll began with The Beatles. After their unforgettable appearance on the Ed Sullivan Show in 1964, the US and the rest of the world would soon find out just how influential this British band would become throughout the rest of the decade and into the 1970s. Many fans and musicians would agree that their music is just as influential now as it was back then.

After a decade or more of conservative viewpoints, conformity, and an attempt to return to traditional family values, many people, especially young adults, were hungry for something new and exciting. The rock scene of the 1960s provided that and much more. Earlier rock legends like Elvis still performed and were hailed as music geniuses, but a new form of rock music was slowly emerging. This form, especially by the mid to late 60s had an edge earlier rock music did not.

Other rock bands like The Dave Clark Five, The Rolling Stones, and later, Jefferson Airplane, each had their own distinct sound and message. Each was able to coexist in the rock music scene as the genre seemed to be accepting of every new variation on older beats and rhythms.

Sense of Outrage, Need for Peace

By the end of the 60s, the Vietnam War was a centralized theme of many rock n’ roll songs. Fueled by millions of angry citizens, particularly those in the US, the music become a way for people to express themselves and to deal with what was going on around them. The world was changing again. New attitudes, dress, behaviors, and music emerged. In the US and Great Britain, nightclubs were popping up all over the place. Going out at night to listen to music, dance, and enjoy the freedom from social conservatism become a lifestyle for many.

From the late 60s and throughout the 70s, rock music took on a defiant, hard-edged persona which later morphed into other forms such as heavy metal, punk, and even spilling over into disco.

Long after people moved on from protesting the war and standing up for their rights, the music still remains. People cannot study the 1960s and the events that took place without examining the music and its impact on society. One may also question if it was society that affected the music or vice versa? Guess it depends on who you ask. But most people will agree that the music of the 1960s was beautiful, energetic, childlike, mysterious, and filled with lyrics and melodies that people can still identify with today.

For avid fans of 1960s rock n’ roll music, collecting is more than just telling friends and family how many vintage records they have. For collectors, especially those who lived through this exciting and often misunderstood time period, the music is a way to relive and recall specific memories. For those born in another time, collecting vinyl from the 60s is retro and fun. You can find records from the 1960s online or in used CD and book stores, antique shops, or by contacting record dealers. Because of the rise in records produced during this time, there are many vintage albums available for those that want to recapture lost youth or for those who want to learn more about fascinating period in time.