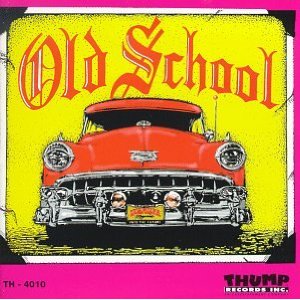 Most music historians and hip hop fans consider hip hop records produced between 1979 and 1985 ‘Old School Hip Hop.’ In its infancy, this fascinating and ever-changing genre relied heavily on the expertise of DJs mixing the right beats to keep the party going all night long.

Hip hop began at block parties and neighborhood events in US cities like New York, Chicago, and Philadelphia. But it wasn’t long before the music made its way around the world. Today, there are many forms of hip hop, including alternative hip hop, crunk, grime, and industrial hip hop. But old school hip hop remains in the hearts and souls of many hip hop fans.

In the beginning, it was the hip hop DJs that brought hip hop music to life. By combining different beats from multiple records, DJs had to develop an ear for piecing together various beats and rhythms to create unique sounds that people could dance and listen to. This meant hours of beat sampling, determining the precise moment to switch records, and putting together a routine that would last for hours at a time.

Along with the DJs, break dancers and MCs were responsible for providing additional entertainment and words – which later morphed into rap music. MCs added spoken words and phrases to DJ beats, which eventually became lyrics.

With the success of Sugar Hill Gang’s ‘Rappers Delight’ in 1979, hip hop officially began its journey from inner city neighborhoods to the rest of the US and eventually to other countries including the UK.

In addition to providing great sounds for parties and other social events, old school hip hop also provided an outlet for people fed up with social problems including poverty, class wars, unfair laws, and mistreatment of people. It was during this time when many countries, including the US and UK, were in the midst of social and economic change. Hip hop music helped give a voice to those that didn’t think they were being heard by the rest of society. Through rebellious beats, lyrics, and social gatherings were people could talk amongst themselves, the music allowed people to express feelings of anger, fear, and disenchantment with political and societal norms.

With many emerging artists and bands producing music during this time period, you can easily start an eclectic collection of old school hip hop records. You can find these records online, or by visiting local book or used record shops. You can also meet fellow collectors at online or traditional auctions, estate sales, garage sales or other events where people sell records and other memorabilia.