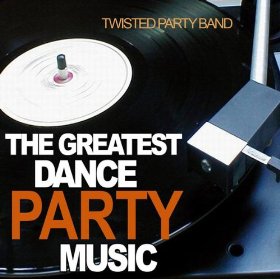 Dancing just makes people happy. Whether shakin’ what you got at a local night club or bustin’ a move in the privacy of your own home, dance music can turn a regular evening into the event of the week. Add a turntable and a few classic dance albums  and you can party all night long.

Dance music is a generic term, but most people associate this term with specific musical styles like disco, R&B, funk, go-go, new wave, techno, house, and others that people can easily dance to. Typically upbeat, this music may have fast and slow components, but the goal is still the same – to get people on the dance floor.

As long as there has been music, there have people who love to dance. Even people who don’t like to get up and move in front of others can be seen moving their feet to the rhythm. From ballroom dancing to swing to line dancing – there’s always a form of dance to accompany any musical genre and vice versa.

These days anything goes depending on the venue. Some night clubs specialize in dubstep or house music, while others play early or current R&B. Some clubs create theme nights that feature a certain type of dance music – 80’s night, disco fever, or big band.

Even though dance music is an umbrella term that covers a multitude of musical forms, some records are so closely associated with dancing that they are simply referred to as dance music. According to The Telegraph, the top five dance songs are:

As you can see, the broad spectrum of represented on this list just goes to show that dance music incorporates a wide range of musical styles.

Where to Find Dance Albums

You can find dance albums online, used record and book shops, auctions, estate sales, or at local antique shops. Since used albums were probably played often, you need to make sure to carefully inspect the album before buying. Look for any cracks or deep scratches in the vinyl. If buying online, choose a vendor that deals in slightly used or brand new albums.

Dance albums are pretty common so they aren’t as valuable as other genres. But over time, they could be. Instead of looking at your collection as something of monetary value, consider the hours of fun you’ll have dancing and listening to great hooks, bridges, and intros as these songs are filled with often intricate note changes, harmonies, and melodies.

Dance music continues to dominate most music charts. Popular artists like Madonna, Lady Gaga, Justin Bieber, Adele and more release albums that people can easily dance to and get lost in the moment with. Dance music is different from other styles as the music tends to remain upbeat even when the lyrics are not. It would be interesting to know whether people actually listen to the lyrics or if they get so caught up in the beat and sounds, the lyrics become secondary.