Alternative hip hop, also known as underground hip hop, hit the US/UK music scene in the late 80’s. This form of hip hop continued to grow throughout the 90’s and still exists today. US Groups such as Digital Underground, The Fugees, A Tribe Called Quest, Stereo MC’s and UK artists such as The Streets, Skinnyman, Braintax all work within this intriguing genre to create music that’s new, fresh, and original.

The Appeal of Alternative Hip Hop

Hip hop fans and music critics alike enjoy listening to alternative hip hop music for many of the same reasons. In addition to being easy to dance to or play at a party, the music is also different from other forms of hip hop because artists frequently take risks; for example, mixing disco with rap and country music. Furthermore, alternative hiphop lyrics can be seen as a form of poetry. Artists like Braintax like to tell stories through their rapping, and his lyrics form imagery, as well as making the listener think about some serious topics. For those looking for more than lyrics about bitches, guns and money,  this form of hip hop is very appealing.

And since  indie music in general has become more popular over the years, a new generation of music lovers has discovered the exploratory and intriguing beats and deep lyrics of alternative hip hop.

With the on-going popularity of hip hop records (and record collecting in general), it shouldn’t be too difficult for those looking for alternative hip hop albums to find some in the stacks at local record shops or online. Given the fact that many alternative hip hop acts such as Digital Underground and The Fugees seldom perform, these albums may be worth more than others.

When collecting alternative hip hop albums, look for acts like Arrested Development, Jungle Brothers, Outkast or UK artists like Contact Play and Jam Baxter. With so many talented artists producing a wide variety of music, you can build an eclectic collection of old and new artists.

As with all ‘alternative’ music,  alternative hiphop’s limited exposure could be just down to a lack of marketing, or a lack of appreciation for creativity and serious lyrics in the mass market. One thing is for sure though – if you can get past your prejudices of rap and hiphop music, and take some time to listen to some alternative hiphop artists, even the most adverse of us may be pleasantly surprised.

The Return of Vinyl

One could say that alternative music and vinyl records go hand in hand, since they are both out of the mainstream.

And although vinyl will never catch up with digital downloads,  it is starting to appeal to a wider audience again, which now includes a bigger reach to a younger generation. To reach out to this new, expanding market, hip hop and other musical artists have started releasing singles as well as entire albums on vinyl again. Collectors should also check book shops, consignment shops, and junk shops as many of these outlets sell vinyl. 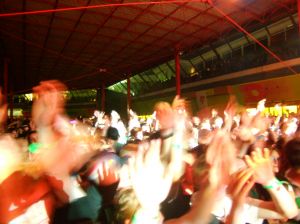 Indie rock, also known as independent rock, started in the 1970s and continues today. This form of rock n’ roll combines other forms of rock including hard rock and punk as well as other genres such as country, big band, and folk music. Any genre of music may be incorporated into Indie rock to create a unique sound. Experimental, edgy, rebellious, and oftentimes unpolished, this form of rock allows musicians and fans to experience a variety of unusual melodies, odd lyrics, and a wide range of emotions.

Even though Indie rock was born in small clubs that catered to various societal subcultures, some of the music has become more main stream over the years. Band like The Sex Pistols, The Talking Heads, The Cure, The Clash and later ‘college bands’ like The Dave Mathews Band and REM all started out playing in small clubs, and concert venues in the US and the UK. Over the years, these bands went on to become very famous – in some cases for band members’ personal drama as much as for the music.

Radio stations, especially smaller stations on college and university campuses, started to play more Indie rock which led to widespread exposure to students and those looking for an alternative to hard rock, disco, soft rock and other music. Throughout the 1980s and 1990s, Indie rock morphed into several subgenres including new wave, alternative, and college rock.

Indie rock takes from other rock styles, but the lack of main stream appeal is what makes it special. Even though some bands have broken through to become main stream, there are many Indie bands that refuse to sign major record contracts, play large concerts or outdoor events, and remain true to their music by not compromising when it comes to lyrics and musical composition. Other bands like The Foo Fighters have managed to go from Indie rock band to main stream rock band without losing their Indie fan base.

Maintaining independence is still a driving force of this rock genre. Indie rock bands don’t want to be told how to create music just to enhance sales or increase popularity. Musicians like these will continue to experiment and make music that’s offbeat, weird, sentimental, quirky, and wonderful for fans that want something different from what’s currently on the radio.

Indie Rock and the Internet

Thanks to the Internet, people can now listen to music and download their favorite songs at any time. And while this has increased the popularity of Indie rock, there’s still an air of rebellion and mystery as these bands continue to play music their way. Using social media websites like Facebook and YouTube, Indie bands can promote albums and live events without having to rely solely on record companies and event promoters. This has given the bands much more creative freedom.

The Internet also provides collectors of Indie rock records greater opportunities to find vintage or rare recordings. Use online databases to look up available records or contact other collectors and record companies to inquire about favorite albums, rare live recordings, or studio recordings.