Vinyl records can easily raise a five-figure value, depending on how old the record is. But age alone does not make the record a high-value collector’s item. Most records for example, may come from popular recording studios or may feature popular singers like Elvis Presley, but will not fetch a remarkable high value because the 1950’s Elvis Presley records were released in large numbers and therefore, will not really be scarce at this point in time. Owing to the laws of economics, when demand is high, but supply is low, prices are higher!

Physical Condition of the Record

The vinyl records must be in good physical condition in order to command a good price. These are categorized as “mint” conditions and are considered as one of the most sought after items in the vintage market. Therefore, if you are collecting records for the reseller money, then you may need to resist putting that record on the player over and over…But, if like me, you buy records for pure pleasure, then you don’t need to worry about that coffee stain on the sleeve 😉

To make sure that the vinyl records are truly of value, they must come still with the original cover and packaging, including free items like lyric sheets and other memorabilia. The 60’s EPs especially comes in thick cardboard covers which commands at least $1,000 dollars in the current market. Records without covers, unless very highly sought after, are generally without value.

The type of record also plays an important role in determining the value of the vinyl record. Some records are specifically released as mono or stereo version. Normally, the mono editions of these albums are thrice as much in value as the other vinyl records. The same could be said of records made in original pressings, as well as those which were issued as promotional copies to radio stations.
Vinyl records as collector’s items are truly in-demand today. The music lovers put a premium for the beautiful melody of the past and the artists from whom most of today’s revivals and music genres were derived from. Depending on the popularity of the artist, the rarity of the album, and the completeness of the packaging, some vinyl records are worth small fortunes!

The Rolling Stones is one of the most popular rock bands of all time. Formed in the UK in 1962 by Mick Jagger, Keith Richards, Ian Stewart, Brian Jones, Bill Wyman and Charlie Watts (who was later removed from the band in 1963 and who went on to became the band’s road manager), the band continues to write music and tour today. And while most of the original band members have left over the years or have passed away, the band continues to perform their unique music on soundstages around the world.

Popular records by the band include Exile on Main Street, Sticky Fingers, Let It Bleed, and Some Girls. But if you ask any Stones fan, they have their own favorite songs from various albums. The band is so engrained in modern culture that many fans can tell you where they were the first time they heard a particular Stones song.

The fact that this band continues to play for audiences around the world is truly amazing. While other famous bands such as The Beatles or The Beach Boys are still as popular as they were when they first started, The Rolling Stones continue to reinvent themselves for future generations.

Fun Facts about The Rolling Stones

Given the band’s long history, there are many fun and interesting facts that many people and diehard fans do not know. These facts add much to the band’s image and create an artistic tapestry that continues to delight and amuse fans. For example, did you know:

The name of the band is a tribute to blues legend Muddy Waters and his song ‘Rollin’ Stone.’ Several songs written by the entire band including “Andrew’s Blues,” “Aftermath,” and “Off the Hook” were credited under the pseudonym Nanker/Phelge. Also, albums produced by ‘the Glimmer Twins’ were actually produced by Keith Richards and Mick Jagger.

The cover art for Sticky Fingers was designed by Andy Warhol who, according to many different rumors, designed the bands signature ‘tongue’ logo – others also rumored to have created the logo include graphic designers Craig Braun and John Pasche.

Thanks to the Internet, finding vintage Stones record albums and recordings is much easier than scouring flea markets or auction houses and estate sales. Use the search box located on this website to find available records. Enter in the title of the Stones album you want to find. In addition to finding vintage Stones albums, you can use the search function to find recordings by other artists.

Collecting Rolling Stones records can be an exciting hobby given the breadth of their work. As the band continues to tour and expand their fan base, original recordings and live recordings will become more valuable – but not only for vintage record collectors, but for Stones fans as well. 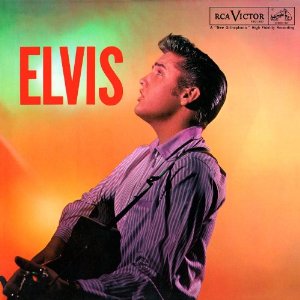 Elvis Presley, also known as the “King of Rock’n’Roll,” touched the lives of many with his song writing, incredible voice and onstage moves. Even though he passed away over 30 years ago, his memory lives on through vintage recordings, remastered albums and online music databases. Elvis Presley records are some of the most sort after albums because he is recognized around the world as one of the best entertainers that ever lived.

Elvis released over 50 albums during his career. In addition to music, Elvis also starred in over 30 films. His records include Elvis Presley(1956), A Date with Elvis (1959), Harum Scarum (1965), How Great Thou Art (1967) and Girls! Girls! Girls!(1963).
The beauty of Elvis was how versatile he could be when it came to his musical styles. He could easily switch from gospel to blues to country or to rock – this is one reason why he was so popular and why he remains so popular today. And while there are many compilations, remastered performances and rereleases of his music available, there is something about hearing an Elvis song on an original record that is very special.

Many of Elvis’ songs hold a special place in the hearts of fans. Some of his most popular songs include ‘Burning Love,’ ‘All Shook Up,’ ‘Jailhouse Rock,’ and ‘Don’t Be Cruel’. These songs played in the background of people’s lives creating many wonderful memories for fans.
During his career, Elvis released many record singles that included two songs on an ‘A’ side and ‘B’ side. Collectors enjoy collecting record singles because they can be very rare and difficult to find. But if you stumble upon an Elvis Presley record single buy it if possible as it could be worth the investment. 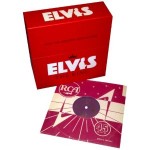 There are many reasons why Elvis is still popular today. In addition to his many recordings, movies and two documentaries filmed during concert tours, fans can remember the good old days while those just discovering ‘the King’ can learn much about his early recordings and later performances headlining in Las Vegas and other glitzy places.

Because Elvis made such an impact in various music genres, he will be remembered as a prolific performer who enjoyed not only making music but entertaining audiences with perfect live performances as well. Elvis Presley records allow people to rediscover old favorites, enjoy songs they may not have heard on the radio and really enjoy the talents of a man who passed away before his time. Elvis Presley may be gone, but the music remains to be enjoyed for many, many years to come.

It’s very easy to find certain Elvis records online. All you have to do is use the search box on this site. Enter in the name of the record along with Elvis’ name and click ‘Search.’ You can do this with other artists as well. 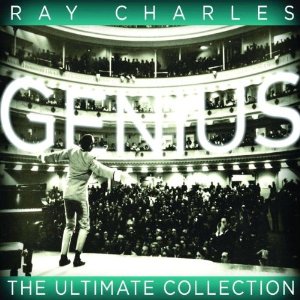 A particular soul genre to look out for in record collecting is ‘Northern Soul’. There are a number of enthusiasts that collect lesser known artist’s from this genre, and the rarer Northern Soul records can be valued at thousands of dollars. Northern Soul emerged in the UK in the late 60s, and can generally described as popular soul music from the mid-sixties that has a fast tempo and big beat. 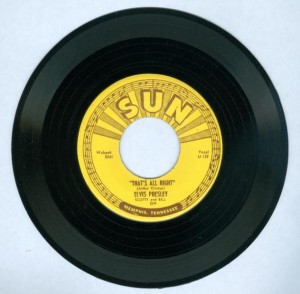 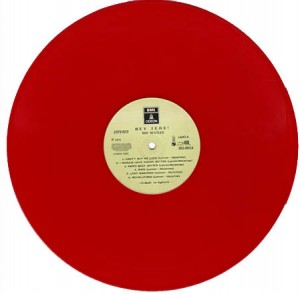