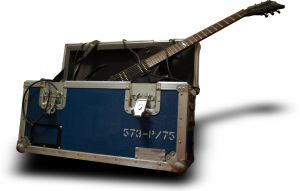 Many of the same attitudes towards war, politics, world peace, and equal rights for all people that came about during the 1960s continued into the 1970s. The music definitely reflected these changes. Rock n’ roll during the 70s morphed into many subgenres such as heavy metal, hard rock, soft rock, country rock, and later punk rock. As people began exploring new ways of thinking, dressing, and behaving, the music also became more experimental.

As the world began to become more accepting of different cultural views, and changing roles of men and women in society, rock n’ roll suffered some losses that forever changed the landscape. The breakup of The Beatles in 1970 was the first major indicator that change was on the horizon. All four band members – Paul McCartney, John Lennon, Ringo Starr, and George Harrison launched solo careers during the 1970’s. McCartney also started a new band called Wings in 1971.

Other rock bands that were popular during the late 60s and 70s, but broke up by the 1980s include:

Some of these bands stopped performing together because band members died (The Doors tried to stay together after lead singer Jim Morrison died, but broke up two years later) while other bands periodically get together to play or tour (Fleetwood Mac, The Who). Creative differences, which led to strained relationships, also prompted some of these bands to stop working together.

Death of The King

The death of Elvis Presley in 1977 was another indicator of the changing times in music history. Many fans mourned the passing of ‘The King.’ For years afterwards, fans would claim to have seen the ghost of Elvis at Graceland, his home located in Memphis, Tennessee or at convenience stores and gas stations all over the world. Elvis songs continued to receive airplay, but ‘The King’ was gone and there hasn’t been anyone like him since.

To start a collection of rock recordings from the 1970s, it’s best to choose a genre or subgenre and build from there. Because the music became an eclectic mix of sounds and melodies, be prepared to sift through quite a few disco and folk albums stored in old, dusty boxes at your local bookstore or antiques shop until you find any rock albums. Searching online for artists or titles for your collection may save some time. You can also contact record dealers or collectors to see which albums they have to offer.

The 1970s continues to fascinate people – even those who grew up during this decade. There are many reasons for this continued fascination – the fashion, free thought, departure of long held conservative views, and of course, the music. With so many genres – rock, folk rock, country, disco, soul, and many subgenres, it’s easy to get lost in this decade – this is why collecting records from the 70s is so much fun.